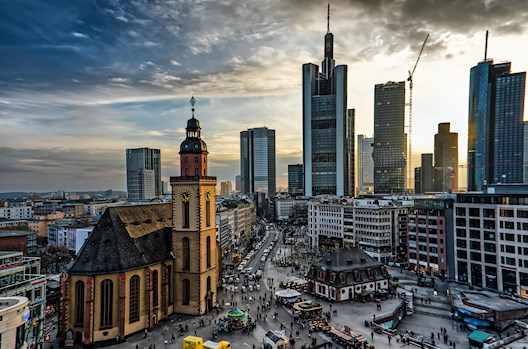 LONDON, 15th March 2021 – Long Harbour has completed the structuring and acquisition of commercial ground leases for assets in Dublin and Frankfurt on behalf of the firm’s flagship European vehicle, the Long Harbour European Secured Income Fund I (LHESIF I). The two commercial freeholds are valued at a total of €38.6m.

The fund’s first acquisition was the freehold of a hospitality asset in the heart of Central Dublin for ca.€6m, in partnership with a third-party private equity investor which acquired the leasehold on a 100-year lease. The total value of the asset was €16m.

Following the first deal, the second is the ca. €30m acquisition of the freehold of The Access Tower, a landmark office asset located in the Niederrad district of Frankfurt, completed in March 2021. The Access Tower, built in 1970 and renovated in 2002, is a 21-storey building consisting of over 20,600 sqm of lettable space, with a diverse range of tenants covering financial services, healthcare and general corporate. Long Harbour has acquired the freehold, with Publity AG the existing building owner, retaining the leasehold on a 100-year lease.  Long Harbour partnered with Continuum Capital in Frankfurt on this transaction.

In addition, Long Harbour has exchanged contracts on a further ground lease deal for a hotel in Munich, which will complete in Q2 of 2021, also in partnership with Continuum Capital.

The LHESIF I launched in November 2019 with initial commitments of €400m and a mandate to deploy capital into commercial and residential ground lease deals in strong European markets such as, but not limited to, Germany, Ireland, The Netherlands and The Nordics.

LHESIF I structures ground leases to acquire freeholds by either providing existing landlords with a method to realise equity and recapitalise their balance sheets, or by providing acquisition capital to other real estate investors seeking to benefit from the use of ground leases in real estate acquisitions, where reduced equity provision results in an improved weighted average cost of capital and therefore higher returns.

Richard Silva, Fund Manager for the Long Harbour European Secured Income Fund, said: “The interest we have seen so far in ground lease deals is very promising and underlines the strength of the ground lease structure and its potential in Europe, particularly for commercial assets. We are in active discussions on further deals and will be looking to broaden our portfolio in Germany and Ireland, as well as to make further acquisitions in The Netherlands and The Nordics.

William Astor, Chief Executive at Long Harbour, said: “The current macro environment has only further strengthened the attraction to long-income for investors seeking an alternative to bonds, while developers and landlords are looking for alternatives to traditional finance. This a relatively new market in continental Europe but one which is rapidly opening up and we expect to make more ground lease investments in key markets this year.”