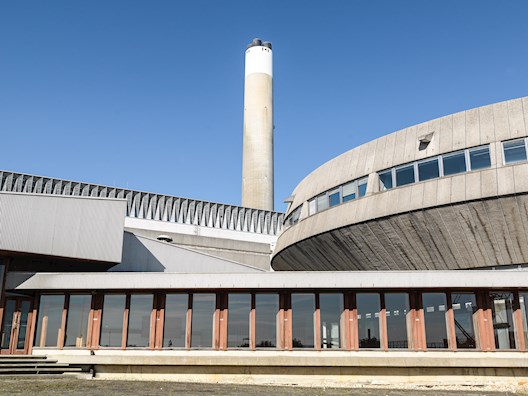 This was the final explosive event for demolition of the Fawley Power Station site. The remaining structures will be demolished by Brown and Mason using machinery in the coming months. Full demolition of the Fawley Power Station site is estimated to complete in 2022. The concrete lined dock and Turbine Hall basement will remain and be repurposed as part of the long-term redevelopment of the site.

“Fawley Power Station was the largest and most efficient power station of its time, the chimney is totemic, one
both loved as a landmark by some and disliked by others as a symbol of fossil fuel power. I’ve looked at this
chimney for over 40 years and at one stage had considered repurposing it as a viewing platform and
restaurant. Once this opportunity was removed through the planning process I some time ago concluded that
it can be replaced with a building of much greater elegance that will itself become a beloved local landmark.
Today should be considered the start of a cleaner and greener future for the site”.